Translator Corner
This is Yukkuri demasu...

Also I want to thanks to the kind readers Rl,BP,NJ for the donations. All of your donations will be used to procuring handheld portable scanners (for scanning the LNs of course).

This version will be laced with anti content scrapping text.
Read about it more at: https://www.techopedia.com/definition/27564/content-scraping.

DISCLAIMER: I don’t guarantee that I translate 100% correct....So a helping hand is always welcomed!

Chapter 47: The Precious One
If you see this line then you read it wrong.
「The stones used to construct the wall in this building uses something to bind the stones right?」(Kazura) 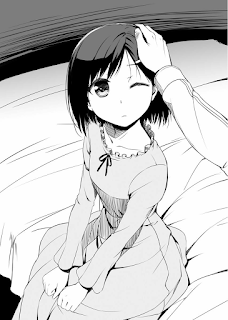 And the chapter ended there. If you are wondering, the next chapter began with Kazura received the news about Grisea Village and another trap card awaiting him.

Who is Marie?
Is Havel a comrade (lolicon)?
Are they siblings?
The mystery deepens…
Any spoiler will get shot down unmercifully.

I am terribly sorry for the other translator or readers for the difficulty of copy pasting.


[1] Americans might know it as drywall. My English is kinda English-y… I even tend to write colour rather than color…
[2] Yup… This is the Roman Concrete
[3] Havel used兄上 Aniue
[4] Basically, a 4.5 meter square room. Indonesian might recognize this as: “Kamar Kos”.
[5] Nii-san means older brother… I can’t and won’t translate this… I play too much VN after all.
Posted by Yukkuri Oniisan

Email ThisBlogThis!Share to TwitterShare to FacebookShare to Pinterest
Labels: I Won 4 Billion in a Lottery But I Went to Another World, Takarakuji de 40 Oku Atattanda kedo Isekai ni Ijuusuru, translated web novel, 宝くじで40億当たったんだけど異世界に移住する

Just send your email to (with subject: subscription):
preprowriter@gmail.com
and I send you an email if I post something.
In case you didn't receive any email. Resend your email. Must be something wrong with the script.
My Discord Channel
https://discord.gg/rjM9M5b
Sorry, my blog lack sophistication....
You can meet me (mostly live) at:
novelupdates

Monthly Progress:
Please consult this post for further information.
Internet Fund:
Fund status: Not using anything to buy LN.
If I got 1000$ a month from Patreon, I quit my GP job... LoL

Still hoping the Laptop Thief receive Divine Punishment! (it soon be one year anniversary since the Thief stole my laptop.)
I wish money or food can just fall from the sky.....
Also if you translate into another language please tell me so I can link your site to my blog ^^